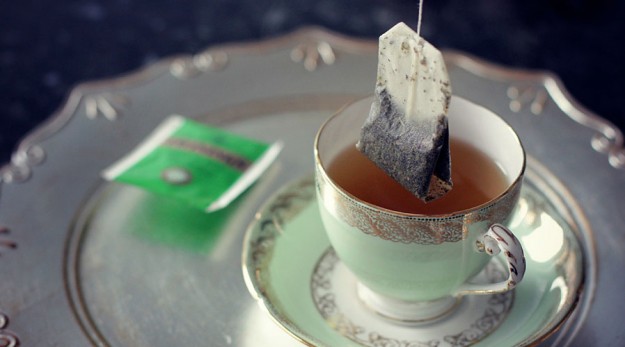 Ten out of 11 varieties of Celestial Seasonings teas, one of the largest specialty tea manufacturers in North America, were found to contain excess pesticides, including Antioxidant Max Blood Orange and Sleepytime Kids Goodnight Grape.

Started in 1969, Celestial Seasonings was “founded on the belief that all-natural herbal teas could help people live healthier lives.”

However, the tests conducted by Eurofins, an independent analytic testing company, determined that many varieties of Celestial Seasonings teas contained potentially dangerous levels of multiple pesticides.

The tests were part of a larger report by investment company Glaucus Research, which is highly critical of Hain Celestial. Read the full Glaucus report here. (Copies of the pesticide test results begin on page 29).

Celestial Seasonings, through a spokesperson, responded with a mostly cut-and-paste from the “values” page of their website about how they employ a “rigorous testing protocol” and that they are “confident that all Celestial Seasonings teas deliver on the high quality, safety, and taste that consumers have expected from the brand for over 40 years.”

I wanted to believe Celestial Seasonings teas and Hain Celestial. I really did. So I asked them again if they had read the Glaucus report. Indeed they had, they said.

So I asked, if you employ a “rigorous testing protocol” and are “confident” in the safety of your products, “What went wrong? And are you planning to make changes and improvements to your process?’

Can Short Sellers Be Trusted?

Glaucus Research is an investment firm that specializes in short selling. Short selling is betting money that a stock price will go down.

Glaucus is “short” Hain Celestial and would benefit from bad news about the company, but their report is extremely well researched.

In the report, released February 21, 2013, Glaucus says, “It is important to note that at no time did we take custody of, touch or handle any of the tea samples. Rather, we had the products shipped directly to Eurofins from the company’s website and other online retailers.”

Glaucus said it encourages others to repeat their tests. Glaucus further said, “The only way for consumers to make good food choices is if food producers are held accountable for the marketing and labeling of their products.”

So Who Can You Trust For Good Sustainable Tea? Twinings.

A report by rankabrand.org gives an A to Twinings teas, their highest rating for sustainability.

Incidentally, Celestial Seasonings got an E, the lowest sustainability ranking.

The following were the teas that were tested by Eurofins. Only the Rooibos Safari Spice turned up zero pesticides, and the rest exceeded federal safety and/or California safety limits:

This article was written by Roger Ziegler and published in Examiner on March 22, 2013. Photo by PinkBow/Flickr.