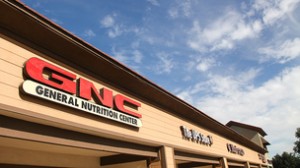 A substance originally created as an over-the-counter decongestant has been illegally and unsafely sold in widely marketed sports supplements, according to a class-action lawsuit filed this month in Los Angeles federal court.

The compound, 1,3-dimethylamylamine, also known as DMAA, is “illegal and dangerous,” court filings said. The lawsuit also claimed that “experts in the industry have become concerned that this potent stimulant drug will lead to serious health issues and even death.”

Bates sued retailer GNC and Cellucor Sports Nutrition, which manufactures, distributes and markets the supplement, for “making false and unsubstantiated representations concerning the efficacy, safety and legality of C4 Extreme,” among other claims. Cellucor’s parent company, Woodbolt International, is also named in the suit.

Like our content?
Help us do more.
Report an error: See something wrong in this story?
E-mail our editors.
C4 Extreme is no longer manufactured with DMAA. But the substance can still be found in a variety of dietary supplements aimed at boosting physical performance or weight loss, such as Jack3d (pronounced “jacked”) and OxyELITE Pro, which are sold online and at retail stores.

Advertised as “legal cocaine” on some websites, the powder is also sold in packets or pill form. Medical experts say there are potential health risks from consuming DMAA.

“What we’ve seen is that DMAA in supplements has been connected to situations where the heart has gone suddenly into failure due to excessive stress,” said Dr. Pieter Cohen, an assistant professor at Harvard Medical School.

Cohen added that when DMAA is taken as a party drug with alcohol, it has been connected to bleeding in the brain.

GNC declined to comment on the pending litigation, but in an e-mailed statement provided to California Watch, corporate spokesman Greg Miller said that “despite the media hype surrounding DMAA, GNC is unaware of any scientific or medical evidence which calls the safety of DMAA into question. To the contrary, GNC is aware of a number of published, peer-reviewed studies that show that DMAA is perfectly safe when taken as directed.”

Cellucor, Woodbolt International and attorneys representing Bates did not respond to requests for comment.

DMAA was developed as a synthetic substance by drugmaker Eli Lilly in the 1940s, and it was approved by the Food and Drug Administration as a nasal decongestant spray. It was marketed as Forthane, and ads trumpeted that patients found it both “desirable” and “inconspicuous.” The patent lapsed in the 1970s, and about six years ago, manufacturers began adding DMAA in powder form to sports and dietary supplements as Geranamine, a geranium oil derivative.

The entrepreneur credited with this discovery is Patrick Arnold, the organic chemist who created the designer steroid drugs behind the BALCO baseball doping scandal. Arnold, who served prison time for his role in the BALCO case, now runs dietary supplement companies such as E-pharm Nutrition, which sells products like spiced apple-flavored Clearshot, an energy drink with “powerful neuro-stimulating and endurance-enhancing properties” that contains DMAA. He did not respond to requests for comment.

Since its addition to dietary and sports supplements, DMAA has become the subject of controversy. It has been banned by the World Anti-Doping Agency and is a controlled substance in Canada and New Zealand.

The powder is also the subject of a safety review by the U.S. Army; two soldiers died after having heart attacks during fitness training last year, and DMAA was found in their toxicology reports. In December, the military stopped selling sports supplements containing the substance in military exchange stores, pending the review.

An Army spokesman said the armed forces don’t currently have a position on the safety of DMAA, but the “taking down of the products from shelves speaks to the need to take interim precautionary measures,” Jaime Cavazos, a senior public affairs supervisor, wrote in an e-mail.

Because manufacturers and distributors say DMAA is an organic compound derived from geranium oil – which has long been used in food and fragrances – it did not require FDA review before it was added to dietary supplements.

The claim that DMAA is a natural ingredient is being challenged in the class-action lawsuit as an act of false and deceptive marketing, and some parties unrelated to the lawsuit agree it isn’t organic.

“I have been testing DMAA for several years, and of the material that I’ve tested, everything so far has been synthetic,” said James Neal-Kababick, who conducts forensic testing for natural products companies as the director of Flora Research Laboratories in Oregon. “I don’t believe there is a natural source for this. The majority of expert scientists agree that this a drug, and it was and always has been a drug.”

Frank Lampe, spokesman for the American Herbal Products Association, said that “to avoid any confusion,” the organization issued a trade requirement that went into effect in January that states that DMAA should not be labeled “as geranium oil or as any part of the geranium plant.”

Manufacturers primarily have relied on a 1996 paper published in a Chinese scientific journal that links DMAA to geranium oil, though critics, like Neal-Kababick, say the paper is fraught with scientific errors, including translation problems.

Harvard’s Cohen said the fact that DMAA remains in products on store shelves illustrates the need for increased oversight of dietary and sports supplements by the FDA, which is considering making adjustments to guidelines on new dietary supplement ingredients.

In a recent article published in the New England Journal of Medicine, Cohen argued that there are “fundamental flaws” to the current regulatory framework for dietary supplements, and as a result, “the purple dye in Jell-O requires much more evidence of safety than ingredients used in supplements.”

Tamara Ward, an FDA spokeswoman, would not comment on DMAA. In an e-mailed statement, she said: “As a matter of policy, FDA does not comment on the safety, label or labeling, or claims made for products with parties other than the responsible firm during the course of any investigation for regulation action. As with any complaint or concern we receive about FDA-regulated products, we will consider whether a violation of the Federal Food, Drug, and Cosmetic Act has occurred and, if so, whether regulatory action is warranted in light of FDA’s enforcement priorities and resources.”

Ward declined to confirm whether there is an ongoing investigation or review of DMAA.