No phytochemical has dominated the research over the past several years like the compound, Resveratrol. In 2008, there were about 500 articles published on this compound; to date, there are over 3940 research studies and abstracts cataloged on PubMed. Resveratrol is currently being studied and is implicated as having a beneficial role in the following conditions:
cardiovascular disease, anti-inflammatory, diabetes, increase lifespan,
phytoestrogen, immunomodulator, cholesterol lowering, and Alzheimer’s.*
Let’s look at how Resveratrol impacts each of these conditions.

In cardiovascular disease,  there is interest in resveratrol for prevention.
Daily use seems to improve heart function especially after a previous heart
attack, and if a heart attack were to occur, there seems to be less organ damage if  resveratrol is present.(1)*

In Diabetes, Resveratrol may protect against the oxidative damage caused by high glucose levels and seems to reduce diabetic neuropathic pain.(5,6)* It also can potentially reduce daily insulin consumption. 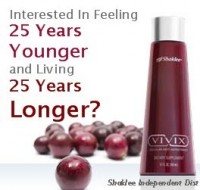 How does Resveratrol increase lifespan?  Scientists are not sure, but what is particularly interesting is Resveratrol’s ability to stimulate sirtuin activity.   Sirtuins are a family of proteins that fight against aging on the cellular level.  They protect cells from reactive oxygen species and direct DNA damage.  Basically, they prolong the life of a cell by making it more adaptive to stress.  Unfortunately you just can’t add Sirtuins to the body and expect any results, but you can add compounds that stimulate production of sirtuins.  SIRT1 is the most important sirtuin to the aging process.  This is the gene that is usually triggered by calorie restricted diets.  As the body realizes that calories are being reduced, the SIRT1 gene begins working away at the body’s fat stores for extra energy.  Activation of this gene also seems to help people retain a more youthful look.  Skin cells respond very favorably to increased sirtuin production.  Skin cells are constantly exposed to stresses, like UV light and environmental toxins, so making skin cells more adaptive provides huge benefits.  Researchers have established a link between sirtuin production and the life cycle of skin cells.  Researchers found that sirtuins play a key role in preservation of skin structure and integrity and protecting skin from stress and photo-aging.  Resveratrol seems to provide more anti-aging benefits when combined with other antioxidant compounds.  This could explain why Vivix provides a 10 fold increase in health benefits over Resveratrol alone.  We have all heard the saying, “It might not add years to your life, but it will add life to your years.”  Let’s just say that Resveratrol is one phytochemical that can accomplish both.

Resveratrol is a weak phytoestrogen.  It binds to both alpha and beta estrogen online casino receptors.  So why is this important?  As we age, women do not make enough estrogen to keep up with their body’s demand, men make more than they will ever need.  Too little is harmful to the female, too much is extremely harmful to the male.  A phytoestrogen blocks an estrogen receptor.  For women this means that more of her decreasing estrogen supply is available to do its job, and is not just sitting on an estrogen receptor.  In men, Resveratrol blocks receptors that if estrogen occupied it would be harmful.(5)*

It is well documented that Resveratrol is an immune system booster and one of the major reasons Vivix tends to improve immune fuction.(6)*

Several recent studies show that Resveratrol may prevent cholesterol plaques from forming on arterial walls even if cholesterol is high or low.  The mechanism is still unclear but is thought to be because resveraltol prevents the oxidation of blood lipids and modulates cholesterol levels.*  As a potent antioxidant, resveratrol  reduces oxidative stress within the arteries and also regenerates alpha-tocopherol (vitamin E) which further strengthens the antioxidant defense mechanism.(8)

4.  Holmes-McNary M, Baldwin AS, Jr.  Chemopreventive properties of trans-resveratrol are associated with inhibition of activation of the IkappaB kinase.  Cancer Res 2000:60:3477-83.